You are here: Home / Disciplines / CHI-BONG: Vietnamese Art of the Noble Stick

In the past, Vietnamese people – due to their location and the richness of the soil – had to defend their land against the enemy. They did not have a large army; however they had a small number of regular, professional soldiers in their ranks, specialised in sword combat.

In case of a threat, most of the villagers were trained. The simplest and cheapest weapon they were taught how to use was a stick. In case of a military conflict all men, women and children, faced the enemy. The opponents were shocked by their defiance. They did not expect any resistance from the villagers who turned out to be very efficient in the use of a stick.

Vietnamese people, who were shorter and weaker, decided to optimise their weapon and adapt it to their individual height. This resulted in greater efficiency and shortening of the training time. As a result of this modification they were able to manoeuvre their weapon faster and throw a punch. On the other hand, the Vietnamese simplified their combat techniques and narrowed their number down to nine defence techniques and nine attack techniques. If necessary, they could extend the basic techniques with another 18 additional ones. The main purpose of these Vietnamese tactics was to cause injures and by doing so, weaken their adversaries and implement one final, deadly technique. 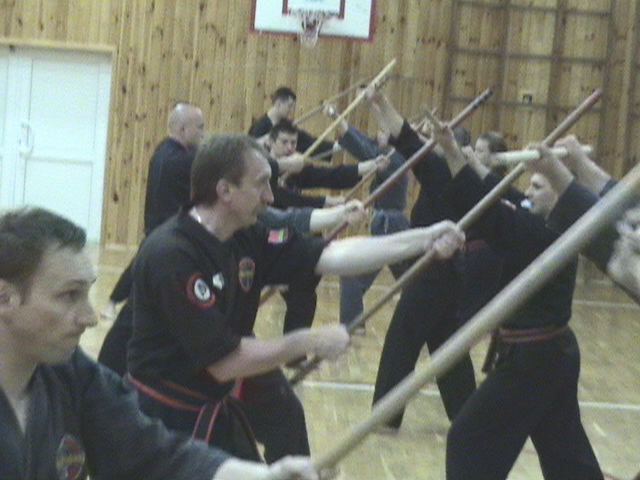